Artificial Intelligence for Psychological State Recognition: A Perspective based on Theravada Meditational Practices in Sri Lanka for Health Intervention

The World Health Organization defines health as a state of complete physical, mental and social wellbeing, and not merely the absence of disease or infirmity. The emphasis of physical fitness is not the sole basis of being healthy and it includes being mentally and emotionally fit, which is also a part of the overall lifestyle of a person. Mental stress is a key contributing psychological factor to health problems, and a vast amount of research literature links stress to adverse health outcomes. Stress can directly affect health through autonomic and neuroendocrine responses and indirectly through changes in health behaviours [1].
Research on scientific conceptualizations of meditational practices as an alternative mind-body therapy is a key area related to psychological health that received scientific attention recently. There are several types of meditation practices, and they are not limited to the different traditions of Buddhism, but practiced in some other Asian religions, including Hinduism [2]. Buddhist meditation traditions include Theravada, Mayahana and other related traditions, such as Vajirayana. Physiologically, meditation affects heart rate,
respiratory rate, blood pressure, cortical activity, metabolism, respiration and skin conductance, while psychological effects include perceptual ability, memory and intelligence, and creativity and selfactualization [2],[3]. As revealed by studies, different meditation traditions have exclusive influences on activating the autonomic system and attentional mechanisms. Theravada and Mahayana types of meditation increase the parasympathetic activation that results in a relaxation response. On the other hand, a robust arousal response is triggered by enhanced sympathetic activation caused by Hindu Tantric practice [2].
The new developments in artificial intelligence have changed how psychological states are identified, classified, and managed for human well-being. Shatte et al [4] conducted a review on machine learning in mental health with over 300 studies and identified, (i) detection and diagnosis (ii) prognosis, treatment and support (iii) public health and (iv) research and clinical administration as the main research domains. Support vector machines, decision trees, neural networks, latent dirichlet allocation, and clustering were
the main machine learning techniques used, and common diseases addressed include depression, schizophrenia, and Alzheimer’s disease. In a similar study by Su et al [5] with over 135 deep learning research, it was revealed that the analysis of genetics and genomics data for understanding psychological health status, vocal and visual expression data analysis for diagnosis, and assessment of the risk of psychological disorders using social media data is possible in addition to the above findings. These studies prove, along with evidence for improvements, the potential of artificial intelligence in enhancing the diagnosis and treatment of patients with psychological health conditions. An important area of research in recognizing human emotional states is machine learning classifiers and signals extracted from bio signals like an electroencephalogram (EEG) [6]. EEG signals provide rich information about mental states and conditions, while high resolution, low cost and convenience are additional advantages [7]. Amihai and Kozhevnikov [2] identified the unique influences of different meditative traditions through EEG patterns that could be differentiated from other altered states.
Investigations of the influences of the specific cultural and philosophical contexts in which meditation practices arose on psychophysiological outcomes using artificial intelligence-based interventions is an emerging area of research by cognitive scientists and neuroscientists. The scientific examination of the meditative practices on Zen, Yoga and recent trends in mindfulness are prominent in the literature; however, the influences of Theravada meditation on the physiology and behaviour of the practitioners are still at the early stages of receiving attention from the scientific community. States of mind resulting from meditation can vary based on numerous factors. Different states of mind that can be achieved through Theravada meditation are (i) relaxed and calm state of mind arising from long-term practice of meditation, (ii) concentrative and mindfulness state (iii) perfect states of concentrative meditation or ‘dhayana’ (iv) mindfulness or ‘vidarshana’ state. These states and the different psychological impacts are some of the areas of Theravada tradition where artificial intelligence and associated technologies are required to explore the possibilities of meditative mind-body therapy. To the best of my knowledge, there is no literature on recognising the psychological states when the
meditator is in varied and advanced states of mind. Amihai and Kozhevnikov [2] have pointed out that studies are needed to investigate the mechanisms underlying changes of the autonomic nervous system during meditation to unveil the precise factors that cause the arousal and relaxation responses, such as the respiration changes. Since meditation is increasingly being used as a form of therapy, a transformation that should occur through artificial intelligence-related applications is to change the state of mind to achieve a certain level of psychological states such as relaxation and relief from anxiety and tension. This raises the opportunity to change the brain signal pattern or lifestyle using an artificial way in a form of a mechanism to alert the psychological states by identifying brain waves. Identifying the psychological states of meditators in their real-life and normal behaviour rather than in the controlled environment is a challenging area of future research. Although most studies have induced stress in controlled environments, developing a protocol that sustains real scenarios such as virtual reality and an online system with stress recognition in real-time will be better than offline experiments [7]. Technological advances like social media, smartphones, wearable and neuroimaging provide opportunities to obtain an extensive range of data at a rapidly growing rate which could be used for psychological state identification. One such research area under investigation is the development of models for optimal emotion recognition based on machine learning algorithms and EEG-video fusion [8]. Research on emotion recognition, multimedia feature fusion and human perception based on artificial intelligence and associated technologies have potential for meditative mind-body therapy. The impact of meditation in different states of mind has been proven to some extent by research. Theravada traditions of meditation that underscore ‘internally steadying’ or stabilize the ‘unstable mind’ can potentially intervene in the health of the practitioner strikingly. Artificial intelligence and associated technologies have a greater potential to recognise psychological states and thereby change the brain signal pattern in an artificial way to cultivate the state of quiescence and tranquility. 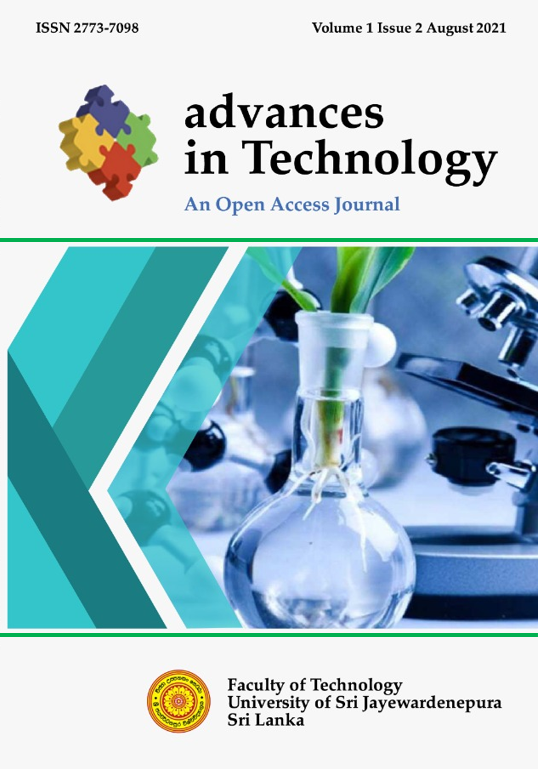 Letter to the Editor

This work is licensed under a Creative Commons Attribution-NonCommercial-NoDerivatives 4.0 International License.

The Authors hold the copyright of their manuscripts, and all articles are circulated under the terms of the Creative Commons Attribution License, which permits unrestricted use, distribution, and reproduction in any medium, as long as that the original work is properly cited.

The use of general descriptive names, trade names, trademarks, and so forth in this publication, even if not specifically identified, does not imply that these names are not protected by the relevant laws and regulations. The authors are responsible for securing any permissions needed for the reuse of copyrighted materials included in the manuscript.