The perceptions on gender-based stereotypes not only reflect varied thinking patterns of individuals but also impact the way they define themselves, their skills, and dispositions. These have been captured in the stereotypical images of several groups of individuals to a certain degree. However, considerably less focus has been centralized on finding the external environmental factors that have led these individuals to adopt this specified stereotypical thinking behavior of which the school environment is viewed to be prominent. This study, thus, reviews evidence on the perceptions of undergraduates of public universities in Sri Lanka, who have had their school education in a gender-segregated school environment on gender-based stereotyping. The study followed a qualitative approach where the information collected through in-depth interviews from twenty-eight (28) respondents selected through judgmental sampling technique were analyzed using the 'phenomenological method.' The findings of the study revealed that a negative impact is visible on males by the gender-segregated schools, while a similar school environment demoes a positive impact on females in terms of gender-based stereotyping. The study is expected to be providing valuable insights for parents, for schools, and also for policymakers on the impacts of the school environment and the study is accompanied by a considerable theoretical contribution, as an insignificant number of studies were recognized in the discipline as of the present day. 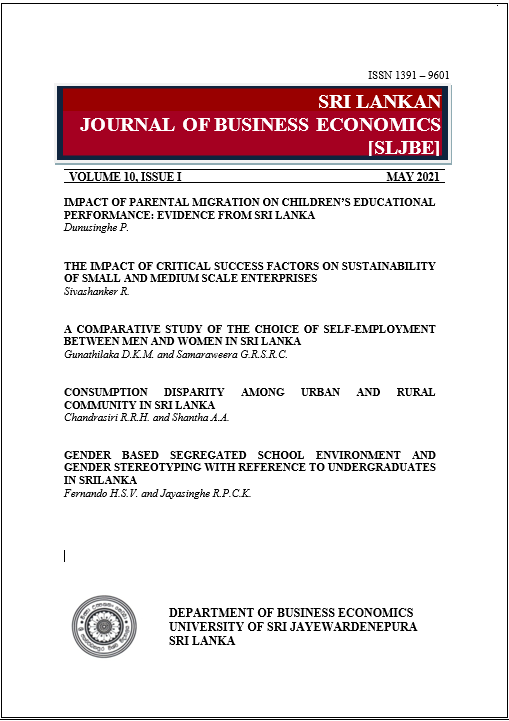