Gyrinops walla is recorded only in the wet and intermediate zones of Sri Lanka and veryrarely in southwest India. Recently G. walla became famous in Sri Lanka due to smugglingefforts to extract a valuable resinous product known as Agarwood which is produced as aself-defence mechanism of certain species of family Thymalaeaceae. Most of the species ofAquilaria and a few species of Gyrinops, Aetoxylon and Gonystylus of the above family arecapable of producing agarwood.

The process of Agarwood oleo-resin production is the tree’s response to injury of its first lineof defence, formation of phloem callus tissue, is inhibited from forming over the injury. TheAgarwood resin is highly sought after for religious, medical, ceremonial and domesticactivities by Asian Buddhists and Moslems. A large demand is also seen in Southeast Asia,Middle East, United States and Europe for perfume manufacturing.

Several sesquiterpenes, chromone derivatives, sesquiterpene furanoids, tetradecanoic acidand pentadecanoic acid are contained in Agarwood resins and the sweet aroma of the woodcomes from sesquiterpene compounds. The research conducted so far revealed a strongsimilarity of the above compounds between G. walla and that of the commercially Agarwoodproducing Aquilaria species.

According to the recent information, G. walla smuggling has been conducted in Sri Lanka fora long time. The highest single amount which was made ready to export was 13,489 kgrecorded in May 2013. Although agarwood production quantities using G. walla in Sri Lankahas not been properly recorded in the past, according to the data obtained from Sri Lankapolice and customs, over 17,500 kg have been harvested in the last 12 months.

However, most of the illegally felled trees had not produce Agarwood resins as the formationhas to be artificially induced. Even the Agarwood has formed due to injuries, it would havebeen in minute scale because artificial resin induction was never practised in Sri Lanka.Unfortunately, the officials who valued the smuggled G. walla timber gave an unacceptablyhigh value and therefore people disastrously felled the trees growing in the wild andhomegardens expecting high incomes. Finally a massacre of trees was started and it did notprovide expected incomes.

It should be known that G. walla trees do not produce Agarwood under natural conditions.Therefore until the current researches are completed to identify the best methods to formAgarwood in this species, unnecessary harvesting should be stopped. Awareness programmeswith the Government assistance is highly useful in this task. Otherwise no trees will be leftwhen the resin formation methods are identified. 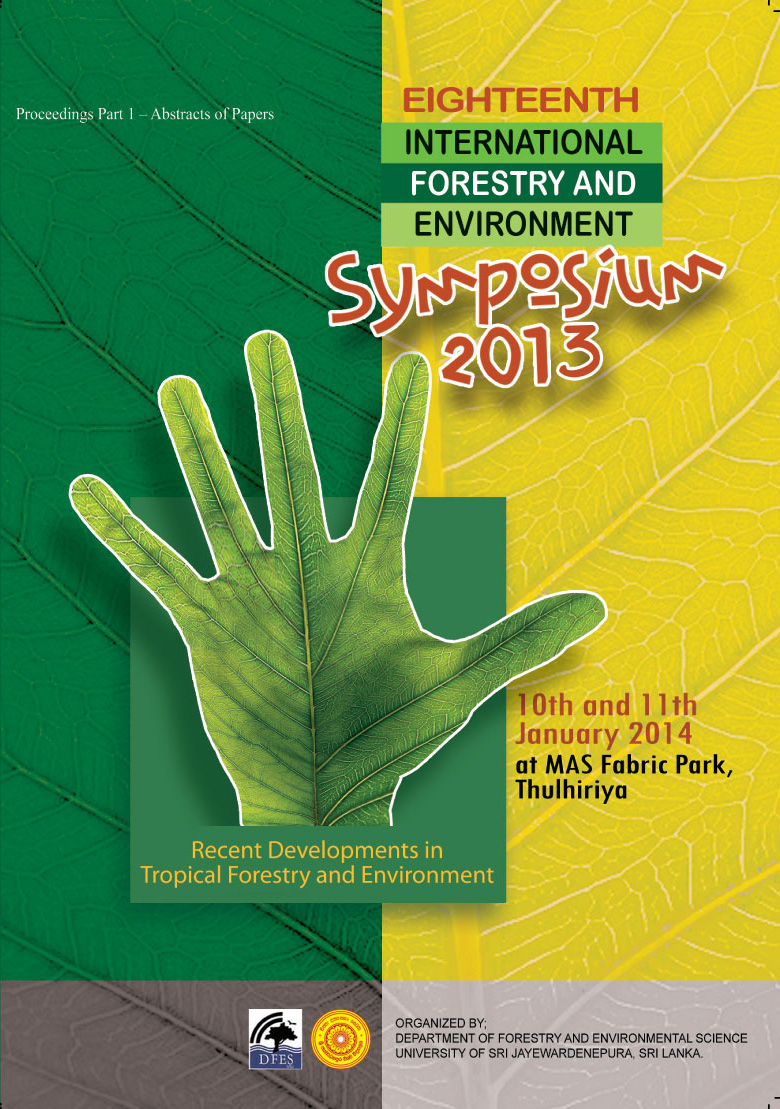