Perceived Trust of E-Services, Perceived Usefulness and Adoption of E-Banking amongst the Students of University of Kelaniya: A Relational Study

This study examines the relationship of perceived usefulness and perceived trust of e-services on adopting e-banking in the context of Sri Lankan private commercial banks. Sample was drawn from the students of University of Kelaniya, those who are possessing e-banking facilities of private banks. Initially 500 questionnaires were distributed and 305 duly completed questionnaires were considered for the final data analysis process. Governing factors on perceived trust of e-services were identified by conducting principal component analysis. TAM has been extended by using the perceived trust of e-services. In order to test the hypotheses, correlation analysis followed by multiple regression analysis using hierarchical method along with diagnosis tests for outliers, residuals, influential cases, were performed whilst supplementary statistical tests, such as trend analysis and contrast test of ANOVA were also used for further analysis of demographic characteristics with special reference to respondents’ income levels. The empirical evidence supported two hypotheses indicating the positive relationships of perceived trust of e-services and perceived usefulness variables towards e-banking adoption. Furthermore, it was revealed that there are differences in adoption of e-banking with regard to several demographic variables. Third hypothesis stating the existence of differences in adoption of e-banking between lower income category customers and higher income category was also supported. Restricted sample selection and time restrictions are limitations. Nevertheless, extending of TAM in relation to present research context could be noted as the originality of the research. Findings would be beneficial for Sri Lankan bankers and banking application developers, alike. In conclusion, future research could be conducted in varied contexts in the field of technology adoption in search of novel findings. 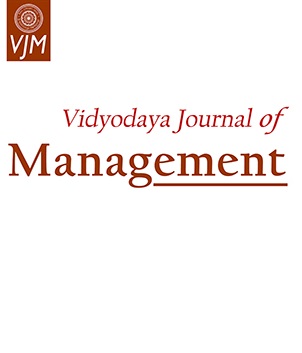